Volcano Bay is the newest theme park to be added to the Universal Orlando Resort. This is Universal’s waterpark, and it is recognizable by the 200-foot volcano that was created to be the signature landmark of the park. Volcano Bay is full of various pools, waterslides, a lazy river, and many other water-themed attractions. The waterpark is beautifully decorated in a tropical theme and offers something for just about everyone. If you are looking for a way to cool off and splash around, then Volcano Bay may be the place for you. 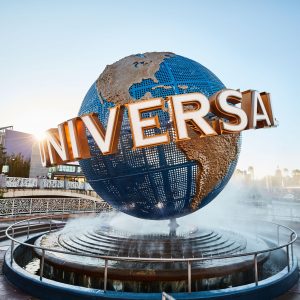 If you are a fan of the movies, entertaining live shows, family-friendly rides, and lots of good times, then Universal Studios may be the place for you. This park offers rides and attractions that are frequently based on movies, such as; Despicable Me, Shrek, Fast & Furious, Revenge of the Mummy, Men in Black, E.T., and many others. Additionally, Harry Potter fans will be mesmerized by the wondrous Wizarding World of Harry Potter – Diagon Alley section of this park. Within Diagon Alley, guests can meander through unique locations, such as Ollivander’s Wand Shop, Quality Quidditch Supplies, and Sugarplum’s Sweetshop. You can also enjoy the thrill ride, “Escape from Gringotts”. 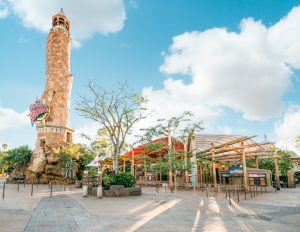 This Universal park is known to be attractive to people who are thrill-seekers and who are looking for entertainment that is a little more intense than the ones found in Universal Studios. If you are a Marvel fan, then this park is certainly the place for you, as you will find many rides and attractions that are based around the Marvel enterprise. High-energy rides, such as The Incredible Hulk Coaster and Doctor Doom’s Freefall, will have you feeling exhilarated. There is also an interesting Jurassic Park area here, as well as a Dr. Seuss section of the park. And, once again, if you are a Harry Potter fan, you will not want to miss the Wizarding World of Harry Potter – Hogsmeade section of this park. Fans will find the beautiful Hogwarts Castle, as well as a variety of other Harry Potter themed attractions here. Harry Potter and the Forbidden Journey is an attractive ride for those people seeking some thrill while eating at The Three Broomsticks is a must for those wanting to taste Butterbeer, Pumpkin Juice, Shephard’s Pie, Fish & Chips, and many other delicious treats!

In addition to discussing the three various parks that are located in Universal’s Orlando Resort, we should mention that if you are interested in a 2-park hopper pass, then you should not miss the Hogwarts Express mode of transportation. This 4-minute train ride allows you to move from one park to another while experiencing the wonders of the Harry Potter-themed train. It is well worth a visit, and it is a fun way to move between two of the parks.

If you would like to learn more about Universal’s Orlando Resort, then contact us today at natalie@castleandcruiseadventures.com to chat about your family’s next adventure.